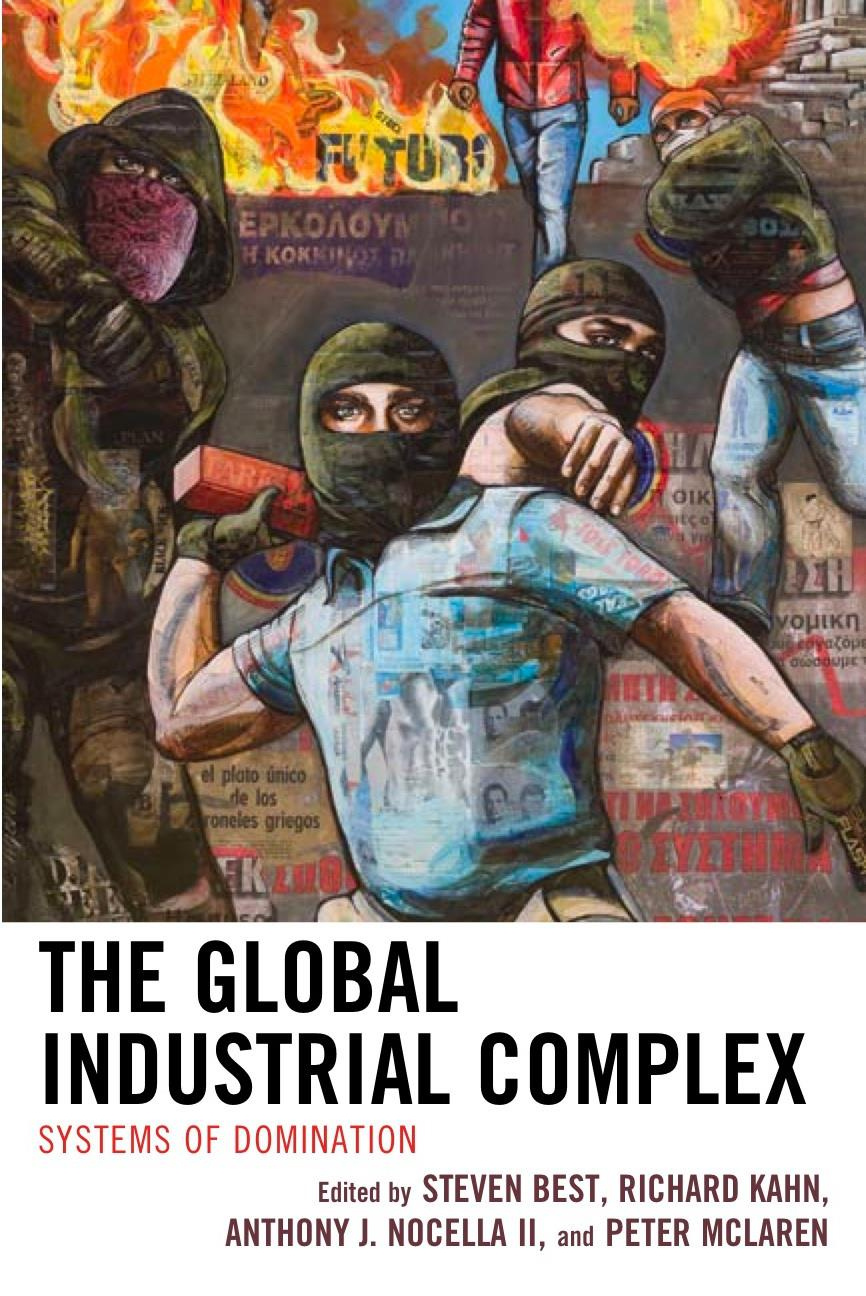 The Global Industrial Complex: Systems of Domination is a groundbreaking collection of essays by a diverse set of leading scholars who examine the entangled and evolving global array of corporate-state structures of hegemonic power—what the editors refer to as “the power complex”—that was first analyzed by C. Wright Mills in his 1956 classic work, The Power Elite. In this new volume edited by Steven Best, Richard Kahn, Anthony J. Nocella II, and Peter McLaren, the power complex is conceived as co-constituted, interdependent and imbricated systems of domination. Spreading insidiously on a global level, the transnational institutional relationships of the power complex combine the logics of capitalist exploitation and profits and industrialist norms of efficiency, control, and mass production, While some have begun to analyze these institutional complexes as separate entities, this book is unique in analyzing them as overlapping, mutually-enforcing systems that operate globally and which will undoubtedly frame the macro-narrative of the 21st century (and perhaps beyond). The global industrial complex—a grand power complex of complexes—thus poses one of the most formidable challenges to the sustainability of planetary democracy, freedom and peace today. But there can be no serious talk of opposition to it until it is more popularly named and understood. The Global Industrial Complex aims to be a foundational contribution to this emerging educational and political project.

At a time when it is increasingly more difficult to find insightful and accessible work challenging the structural and ideological foundations of neoliberal economic savagery, The Global Industrial Complex: Systems of Domination provides a key resource for such a task. This is a wide ranging and thoughtful book that not only critically analyzes the deepening and myriad forms of global market authoritarianism but also offers the theoretical tools to challenge it. A must read for anyone concerned about the promise of a real democracy and the economic, political, and cultural forces subverting it.

— Dr. Henry Giroux, McMaster University and author of Beyond the Spectacle of Terrorism: Global Uncertainty and The Challenge of the New Media

An excellent, well-researched, and richly informed compendium on the nature of global exploitation and power, a nourishing corrective to the vapid evasions we are usually fed.

Human society is organized in a way that privileges a tiny minority at the expense of the vast majority of humanity and to the detriment of the entirety of the non-human world. With this collection, Best, Kahn, Nocella, and McLaren intervene in that and ask the question: ‘Might things be done another way?’ The answer, of course, is a resounding ‘Yes!’ Read this book and join us in creating a world free of the constraints placed on us by domination in all of its myriad forms!

With capitalism battering the Third World and forcing the First World to lower its expectations of opportunity, human rights and a future, getting an unflinching, intelligent look at so-called recessions, super profits and resistance is needed more than ever. Who better to illuminate politics, social movements and finance than this constellation of authors? None better can present matters of such urgency as accessibly or sharply

In this book, leading American radical scholars provide important insights into interlocking networks of power under global capitalism. This fine collection of essays is a useful tool for those seeking to understand and alter the corporate structures that dominate our world.

This penetrating, insightful book written by a collection of the world’s most prominent public intellectuals, is a skilled combination of lucid explanation and cogently argued critique of what the contributors term the ‘global industrial complex’. The authors combine scholarship with insight, erudition with moral passion as they critique the fundamental direction in which our world is moving financially, politically and economically. The conclusions are radical and profound. No activist, academic or student can afford to ignore their arguments.

The Global Industrial Complex makes an immense contribution to the literature by engaging the key thoughts and ideas of some of the most important, influential and outspoken public intellectuals of our time. In doing so the book provides not only a searing and devastating critique of contemporary ‘capitalist’ society, but also engages in a full frontal assault on the poverty of imagination evident in those who refuse to believe that there are real alternatives, and that active resistance is necessary to achieve them. It deserves to be read widely.