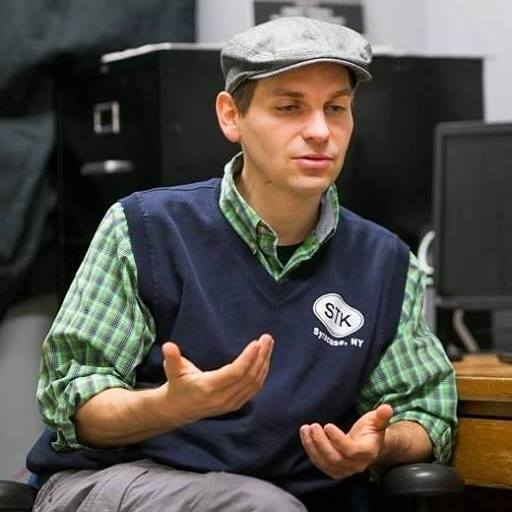 Anthony J. Nocella II, Ph.D., award-winning author and educator, is an Executive Director of the Institute for Critical Animal Studies, National Co-coordinator of Save the Kids, and co-founder and Editor of the Peace Studies Journal and Transformative Justice Journal.

He received his doctorate in Social Science (the first interdisciplinary doctorate degree in the U.S.) in December 2011 from the Maxwell School of Citizenship and Public Affairs and a masters in Foundations of Education in May 2008 from the School of Education, both at Syracuse University. Also from Syracuse University, he received in 2005 a graduate certificate in International Conflict Management and another in Women’s and Gender Studies. His degrees from Syracuse University were funded as a scholar and fellow from the Program for the Advancement of Research on Conflict and Collaboration (PARCC), one of the first programs in the world dedicated to peace and conflict studies. He also received a graduate certificate in Mediation in 2002 and a masters in Peacemaking and Conflict Studies in December 2003 from Fresno Pacific University (one of the first programs offering education and research in restorative justice). He received his undergraduate degree in political science with a concentration in pre-law and public administration in May 2000 from University of St. Thomas.

Nocella is a scholar and administrator grounded in the field of education, justice studies, and peace and conflict studies. He is internationally known for his innovative, transformative, and intersectional collaborations among fields of study, social movements, scholars, organizations, and community leaders. 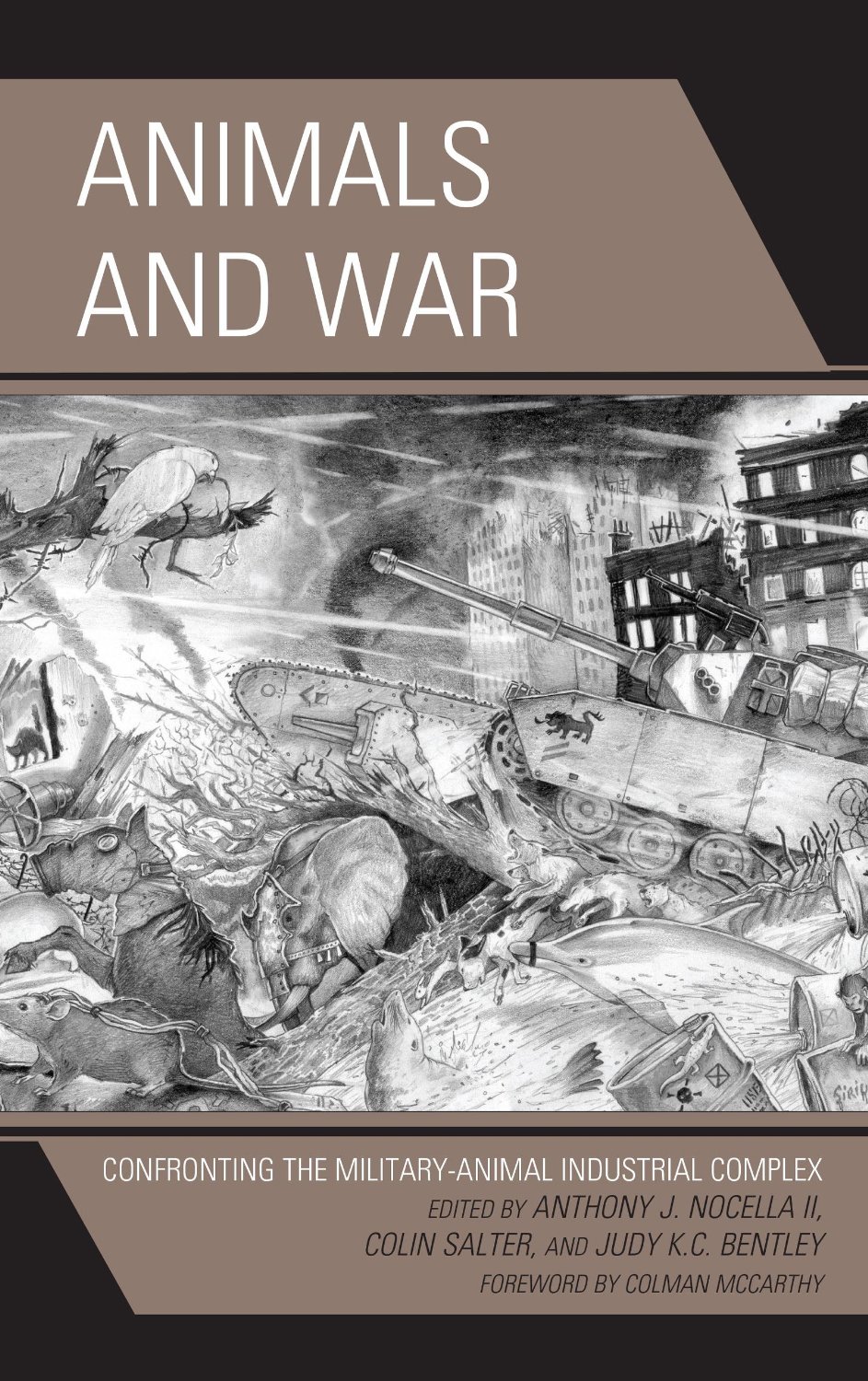 Nocella is the Executive Director of the Institute for Critical Animal Studies and co-founder of the field of critical animal studies. Nocella has co-founded and is the Editor of the Peace Studies Journal. He is also a director of the Academy for Peace Education, which provides community organizer, facilitation/mediation, and peacemaking workshops/trainings. He also co-founded is the Executive Director of Save the Kids, a national fully-volunteer organization with more than ten chapters across the U.S. dedicated to alternatives to and the end of the school to prison pipeline. Nocella is also part of the  Arissa Media Group editorial collective, a peer-reviewed social justice press and is the series co-editor of the Critical Animal Studies and Theory Book Series with Lexington Books and book series co-editor of Poetry Behind the Walls (one of the only ongoing publications dedicated to writing by youth that are incarcerated) with Arissa Media Group. 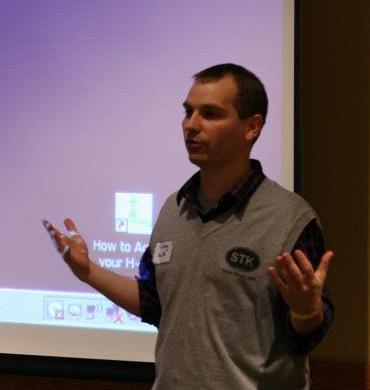 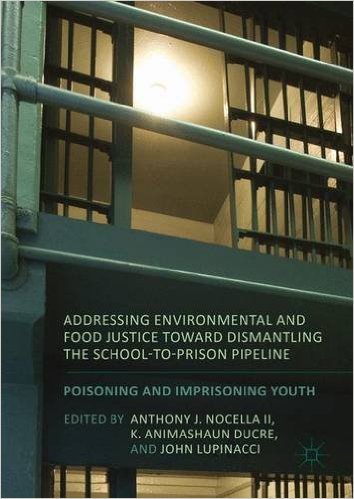 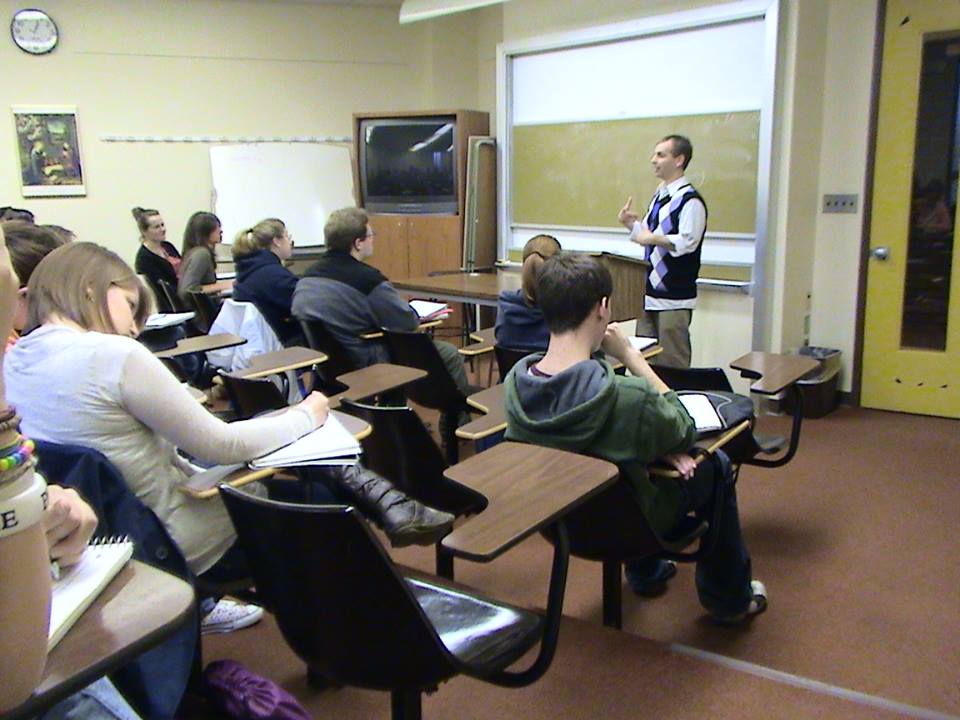 Nocella currently directs the Academy for Peace Education (APE) and has trained over five thousand participants therein. In the Syracuse community, Nocella became a weekly facilitator for Alternatives to Violence Project at Auburn, Attica and Five Points prisons. Nocella also became a board member of the American Friends Service Committee and co-founded a GED program for prisoners at Auburn Prison. In 2008, he worked as a teacher and Program Director at Hillbrook Juvenile Detention Facility. In 2009, he helped found Save the Kids (STK) with four Black youth (Ali, Amound, Jason, and Jahari) at Hillbrook Juvenile Detention Facility. STK is now a fully-volunteer national grass-roots organization leading for the end of all youth incarceration. STK led him to receive the Onondaga Adult Volunteer working with Youth Award in 2009 and the New York Juvenile Detention Employee of the Year Award in 2009. In 2010, he created two other programs: the first low-level ropes course in a New York detention facility and the first Hip Hop music studio in a juvenile detention facility in the country. As Executive Director of STK, he provided life skills, Hip Hop, and conflict transformation workshops in almost every juvenile detention facility in NY on a weekly basis while also teaching at Le Moyne College and SUNY Cortland in Sociology, Education, and Criminology from 2008 to 2011.

As a pragmatist and an alternatives to incarceration advocate, he provided workshops addressing institutions that foster cultures of oppression and conflict resolution for the Onondaga County probation officers, Syracuse Police Department, correctional officers in juvenile detention facilities, and at the FBI Academy’s course with West Virginia University. In 2008, Nocella also founded Poetry Behind the Walls, one of the only ongoing book series dedicated to writing and art by youth incarcerated, which provides space for youth to share their voice to the public. He also founded the Critical Animal Studies book series with Rodopi Books, now Brill Books, in 2008. In 2012, Nocella founded the Critical Animal Studies and Theory book series with Lexington Book Series.

In 2011, Nocella left Syracuse for Saint Paul, MN for a job at Hamline University in the School of Education and the Hamline Law School. On Friday and Saturday evenings, he volunteered with Twin Cities Save the Kids holding workshops for youth in the Hennepin Juvenile Detention Facility. 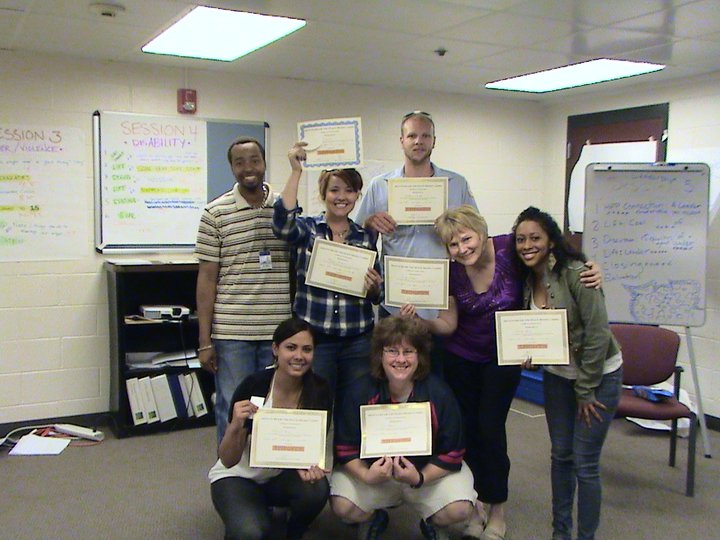 My Personal Teaching and Research Philosophy 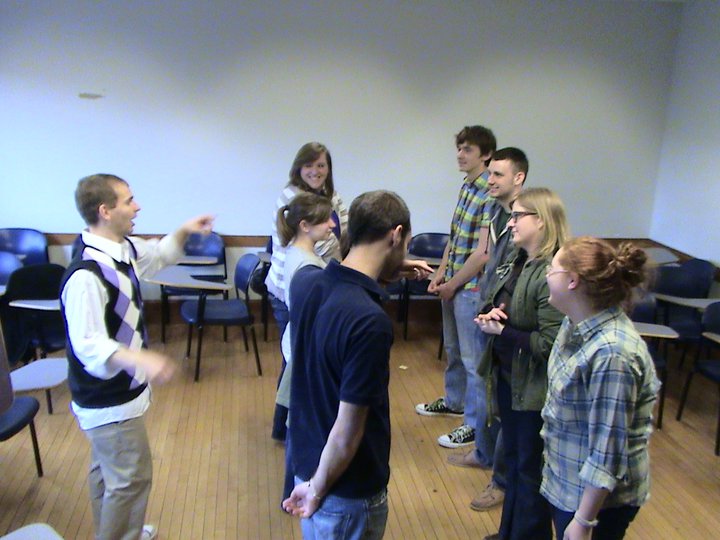 Canisius College workshop with the Peace Studies students in 2012.

Education has been important to me because it was the avenue out of personal destruction, violence, and chaos. Prior to the first grade, I was diagnosed as being severely “mentally disabled,” and my years from first to fourth grade were spent in a “special class.” It was a nightmare for me, as I could not speak well or read at all, I shook all of the time, and I had difficulty focusing my energy in the classroom and in my life. At times I would be held down or just kicked out of class all together. From fifth to sixth grade, I spent still more time segregated, but this time at a school entirely for “special children,” at Temple University Laboratory, which closed down because of violence and property destruction by students.

One of the only wonderful relationships, beyond my family and few dear friends, was with my cat, Sparkle, who was my best friend and someone that I was able to communicate with emotionally in a humane manner. My only other escape was camping, hiking, and climbing in the woods with my Boy Scout Troop, which helped me a great deal on communicating with others. 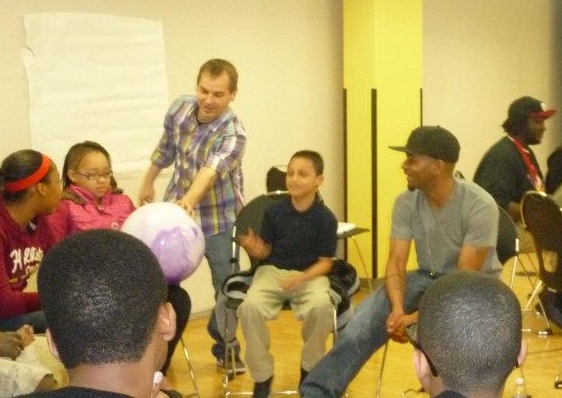 Hip Hop Youth Workshop at the YMCA in Minneapolis, Minnesota in 2012.

In seventh grade I attended yet another “special school” run by Quakers, the Delaware Valley Friends School, and it was there that my life truly began to turn around. Even though I became a Quaker after high school, this experience influenced me greatly. My family and I moved from Philadelphia, PA to Houston, TX, where I was again enrolled for high school at one more “special school,” Briarwood School. The counselors involved in my case diagnosed my abilities to learn as significantly disabled and my parents were informed that I might not be able to graduate even at a “special school.” However, in eleventh grade I finally began to learn to read and write from a profound teacher who had also served as a former prison educator. Sadly, because of the death of his son and his wife that had cancer, he took his own life. Despite all of the problems and challenges that I faced along the path of my educational journey, I refused to give up. I was committed to learn, grow, and make something positive of myself no matter how hard my circumstances. It is for this reason, and my eleventh grade teacher who introduced me to Henry David Thoreau and Ralph Waldo Emerson’s work, that I am invested in prison education and the environment from an intellectual and practical level.

These powerful relationships with teachers, nature with the Boy Scouts, and nonhuman animals such as with Sparkle, laid the foundation that ultimately motivated me to become politically and socially conscious at the age of 17. First with animal protection and environmentalism (working for the Sierra Club for the Clean Water Act and volunteering at a wildlife shelter every week), and soon after with numerous other issues such as alternatives to incarceration, anti-racism, immigration, and feminism.

While many thought I would have to be assisted and live with my family for the rest of my life, I graduated high school. I am among the very few, throughout the history of the school, who have gone on to receive not only a Bachelors but also a Masters degree, and the only student from Briarwood School to have received a doctorate degree. Through my ongoing commitment to education, I have turned my disability into a strong ability. 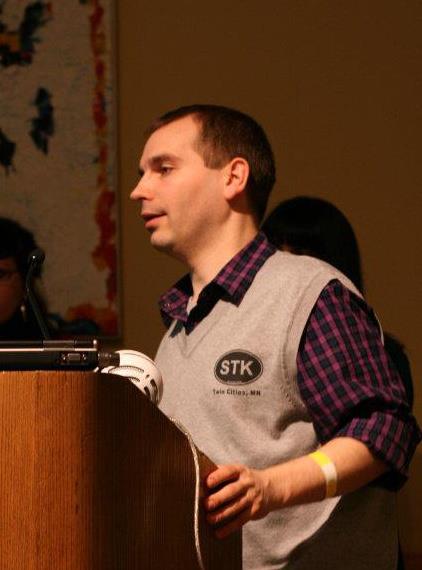 FOUNDATION: My interdisciplinary scholarship and pedagogy in and outside the classroom can be narrowed down to my respect of theory and practice, where my theory informs my practice in the community and where my practice in return informs my theory. My scholarship and pedagogy is based in two fields of study: education and peace and conflict studies.

EDUCATION: My scholarship, teaching, and practice begins in peace education (i.e., peacemaking) specifically located in the realm of critical pedagogy, which is carried out in community engagement, experimental learning, and inviting community leaders and members of the private, public, and nonprofit sectors to speak to my classes. In education my primary interest is access and inclusion. My critique is that education, be it in elementary, high school, higher education, or prison, is not accessible to all for a diversity of reasons such as race, class, gender, religion, political beliefs, and nationality. I strongly believe that education is, as Malcolm X once said, “The passport to the future.” But forms of education which work against the inclusion of certain Others and so, block their access to its transformative opportunities, is at present a major problem that limits the liberatory potentials of education as a force for social good. My own autobiography emerges out of this history of social and educational segregation and I continue to challenge (and be challenged by) cultural apartheid in many aspects of my daily life and institutional existence. I want and hope to be in a department that – promotes the value of respecting all (i.e., staff, students, community members, and faculty), advances the full potential of education for everyone, teaches critical thinking, supports collaboration, facilitates individual autonomy, and contributes progressively to historical projects of cultural emancipation and robust direct democracy. 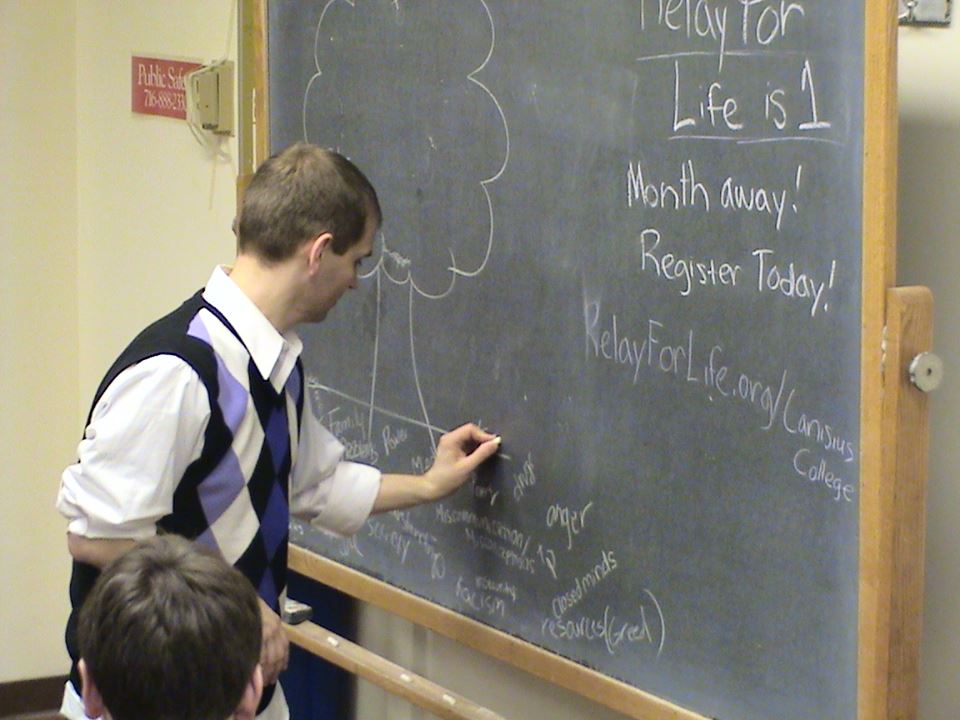 TRANSFORMATION: I strive for conflict transformation to promote a unity, respect, and understanding of others by developing and protecting spaces and places of dialogue for healing and peace. Conflict transformation unlike conflict resolution, which looks simply at the ends, examines the  means of establishing peace. Conflict transformation a form of conflict management goes beyond managing and suggests that the community must come together in order to transcend the negativity of conflict as a divisive and destructive event and strive to search out the opportunity and constructiveness. Transformation does not destroy or bring down an “enemy” or opponent, but rather uplifts and unites all. Transformation is the need for all to engage with the new and to leave the old. It is therefore the need to leave behind the experiences and identities of dominator and dominated in the case of politics, oppressor and oppressed in the case of society, and offender and the victim in the case of justice. My personal philosophy is to find the good within everyone, in hopes of eliminating the concept of the “enemy.” 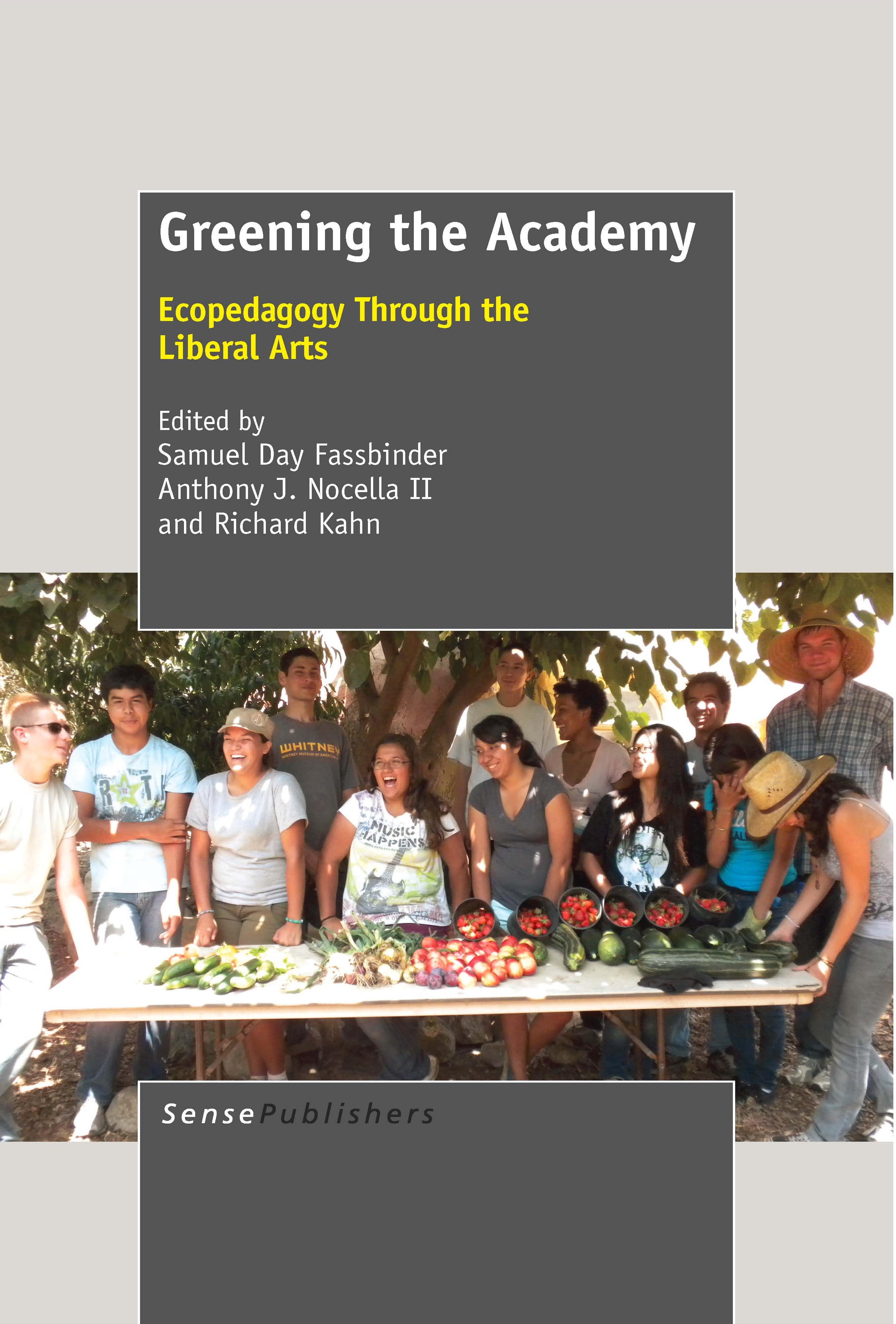 INTERDISCIPLINARY COLLABORATIVE STUDIES: As an interdisciplinary scholar, I work to encourage experiential and theoretical learning and strive for my students to be well rounded critical scholars who understand the value of mulch-disciplinary research. I encourage students to work outside their discipline in order to better understand themselves and other’s perspectives. I very much enjoy working with others and encourage collaboration, which I have practiced such on books, committees, organizations, forums, and boards. Collaboration is the essence of understanding the ultimate value of the complexity of theoretical and practical contributions higher education, i.e., social and intellectual interaction.

As a result, my “interest,” as all interdisciplinary scholars, is not merely intellectual and academic, but public, communal, and personal. My interdisciplinary studies interest is twofold: first, it is to critique, challenge, and attack borders, barriers, boundaries, and other restrictive structures and systems that limit relationships. Second, my interest is to unite, bridge build, forge alliances, establish solidarity, mediate, and most importantly, be a peacemaker.